It seems that no matter where you look, somebody is talking about sustainability: from recycling to sustainable sourcing to industrial sustainability, etc.

And for good reason.

According to the latest research, much of the world will see average temperatures increase by between 1.5 and 5 degrees Celsius relative to today by 2050.

But the risk does not stop with increasing temperatures. In fact, increasing temperatures could trigger severe heat waves, flooding, droughts, and other extreme weather events. As ice caps and glacial ice melt, sea levels will rise, rendering many urban areas inhabitable and potentially causing mass migrations.

Climate change will also have a significant economic impact, with Swiss Re, one of the world’s largest insurance providers, predicting that it could reduce global economic output by 11 to 14% by 2050. There are also the health risks. According to the World Health Organization (WHO), between 2030 and 2050, climate change is expected to cause approximately 250,000 additional deaths per year. 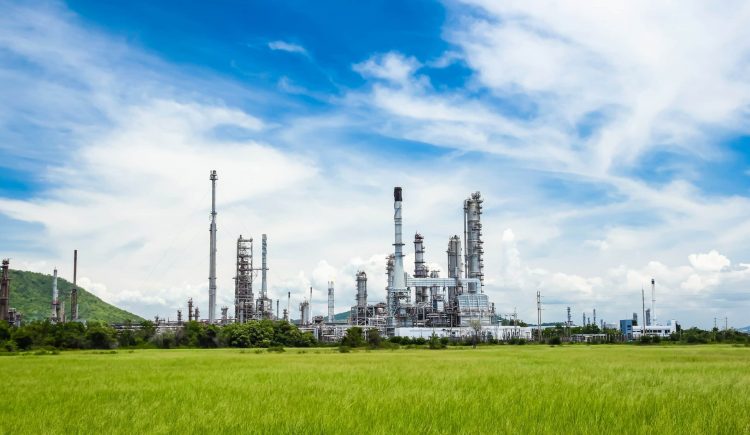 While these numbers and statistics paint a rather bleak picture, instead of focusing on the negative, let’s focus on all the positive that’s being done.

At the heart of society’s push to mitigate the risks of climate change is COP21. Perhaps better known as the Paris Climate Agreement, it is an international climate agreement, applicable to all countries, that aims to keep global warming at 1.5°C, and definitely no more than 2°C.

Although just a half a degree apart, that half could make a world of difference.

When it comes to extreme heat, the ACC notes that a 1.5°C increase would leave 14% of the global population exposed to severe heat one in every five years. Bump that up a half degree and that number goes up to a whopping 37%.

Clearly, it is absolutely critical that we keep global temperatures between 1.5°C and 2°C. But doing so will be anything but easy. According to the U.N. Climate Panel, keeping global temperatures under 1.5 degrees Celsius this century requires that we cut current emissions in half by the end of this decade. That’s less than 10 years!

Sensing the urgency of the matter, some governments have opted to go even further. For example, the European Union, through its Green Deal, aims to become the first climate neutral continent by 2050. The United Nations, on the hand, has taken a broader approach with its Sustainable Development Goals – a collection of 17 interlinked goals that serve as a blueprint for achieving a better and more sustainable future for all.

Yet all these lofty goals and ambitions are nothing but empty promises if they aren’t backed by concrete action. And when it comes to reducing emissions, that action must start with businesses.

Business as a solution for industrial sustainability

Responsible for producing nearly everything we eat, wear, drive, use, and throw away, corporations play what the Natural Resources Defense Council calls “an outsized role in driving global climate change”. To put this into perspective, the NRC notes that just 100 energy companies have been responsible for 71% of all industrial emissions since human-driven climate change was officially recognized.

Furthermore, according to the International Energy Association (IEA), power generation and transport have the biggest climate footprints. Combined, they account for over two-thirds of total emissions. This is followed by the industrial and building sectors.

Even though the vast majority of the CO2 emissions that cause climate change come from business-driven activity, as the UN Human Rights Office of the High Commissioner points out, businesses are also in the unique position to contribute to “innovation and solutions that can prevent, mitigate and adapt to climate change and its adverse impacts on the planet and its people”.

In fact, businesses are often at the vanguard in the fight against climate change, with many looking to become carbon neutral themselves. Depending on the company and the sector, these businesses are making the necessary changes in a variety of ways to reach global industrial sustainability.

One common way companies are reducing greenhouse gas emissions is by adopting a renewable energy policy. Whether that energy comes from the sun, wind, hydrothermal or biomass sources, by choosing low impact energy and fuels, companies not only reduce their own emissions, they also help increase public demand for renewable energy and biofuels. This, in turn, incentivizes the development of sustainable infrastructures for biogas, biofuels and green electricity. 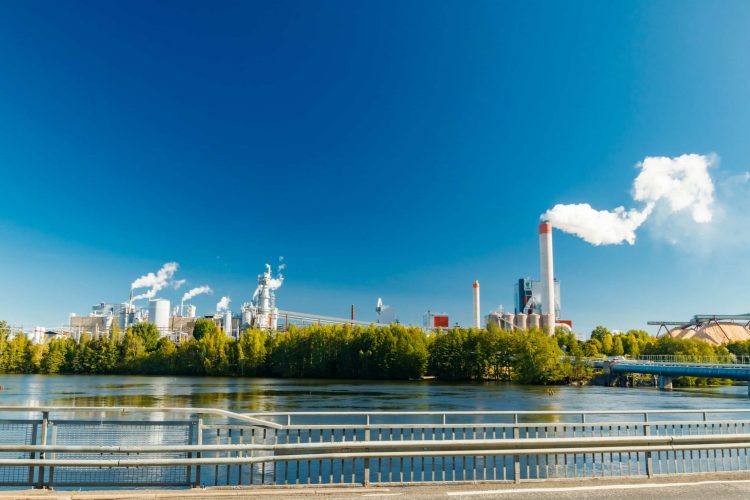 Speaking of energy use, many companies, especially industry, are using energy efficient equipment and machines and optimizing their processes. For example, Lesaffre, a key global player in fermentation, continuously works to optimize its production sites by, for example, selecting the best technologies and the least energy-intense processes. They have also installed a heat pump system and produce and use biogas onsite.

Likewise, Tereos, who is primarily active in the processed agricultural raw materials sector, is working to reduce the number of trucks used to transport its goods. To do this, they are increasing the amount of goods carried per truckload. As a result, not only has the net tonnage of sugar beets transported per truck increased over the past 10 years, the company has also reduced both CO2 emissions and fuel consumption.

Also in the beet market, Cristal Union is focusing on circularity with the use of a new ED95 fuel produced from beet ethanol for its trucks. This allows for an 88% reduction in greenhouse gases emissions compared to the equivalent diesel fuel over the entire fuel life cycle: cultivation, processing, distribution, and use.

What these examples show is that even seemingly small actions can quickly add up to a very big impact when it comes to industrial sustainability.

Another way companies can cut their carbon emissions is by sourcing their materials and supplies close to home. As Euro Scientist reports, doing so results in materials travelling a much shorter distance, meaning the “number of carbon miles is far lower – which is a huge factor in both global carbon emissions and overall air pollution”.

Companies are also tackling the climate change challenge through innovation and technology. According to The Economist, investments in clean technology outpaced all other start-up funding by five times. Furthermore, in 2021, funding for clean tech in the U.S. reached nearly $60 billion – that’s nearly twice as much as what was invested in 2020.

Some of that funding is going towards the scaling of bioplastics – a bio-based, biodegradable alternative to conventional plastic materials. Although out of the 368 million tons of plastic currently produced every year, only 1% is bioplastics, this number is set to increase, thanks in large part to increased funding and investment. According to recent market studies, in 2026, global bioplastics production capacities are expected to go up to 7.5M tons, passing the 2% mark in the total global production of plastics before 2026. 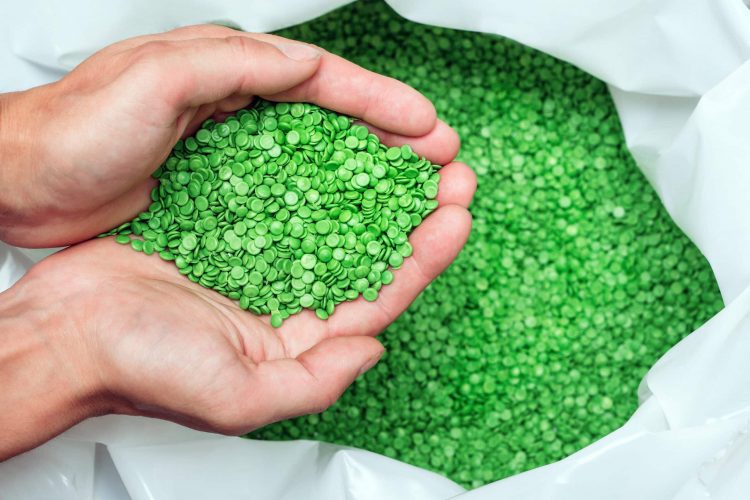 Another example of clean technology is biosynthetic fibers, textiles made from renewable resources like sugars, starches and first generation renewable feedstocks such as corn, sugarcane, beets, and vegetable oils. These fibers, which can already be found in carpets, clothing, and footwear, are produced by a biotechnological process and have the potential to produce less greenhouse gases over their lifecycle than products made from fossil fuels.

In fact, this reduction in greenhouse gases is a hallmark of biotechnology and bioproducts. In 2017, a broad analysis of the U.S. biobased products industry was performed using the Economic Input-Output Life Cycle Assessment methodology. This method estimates the total emissions throughout the supply chain, examining the environmental impacts of a product over its lifecycle. The reduction of emissions were estimated to be around 12.7 million metric tons of CO2 equivalents for 2017.

Bold and decisive actions in favor of industrial sustainability are needed

While each of these actions are important, businesses also have the responsibility to redefine the economy, transitioning away from today’s resource intense system and towards a more sustainable one. Two examples are the Circular Economy and the Biobased Economy.

A circular economy is a model of production and consumption that involves sharing, leasing, reusing, repairing, refurbishing, and recycling existing materials and products for as long as possible in order to extend their lifespan and minimize waste.

In a biobased economy, economic activity involves the use of biotechnology or biomass to produce goods, services, or energy. For example, in a forest bioeconomy, forest biomass is used as a raw material for the energy, chemistry and food industries.

Although different, circular and biobased economies both aim to create a more sustainable and resource efficient economy. Furthermore, both can play an important role in tackling climate change and achieving other environmental objectives.

To illustrate, take for example Lesaffre’s ‘from the earth to the hearth’ circular production cycle. The circle begins by harvesting sugar beets, which are then transported to a refinery where syrup, molasses and sugar are extracted. The by-product from this process is then taken to a yeast plant, where converted into yeast for livestock feed, fertilizers and to enhance soil quality, thus allowing for increased yields of sugar beets – and the bio-circular cycle continues.

It is by taking bold, decisive actions towards industrial sustainability that businesses such as ours are leading the way to a low-carbon world that can be enjoyed for generations to come.

How does fermentation stress affect plant profitability? – Through the study of industrial ethanol production

Enter your contact information below to be added to Leaf newsletter, keeping you up-to-date with our latest information.